Laravel- PHP framework offers a painless development cycle that simplifies common task in a significant way which used in most web projects.

Its inbuilt functions like authentication, routing, session and caching keep process lightweight yet elegant. Laravel development provides the privileges to a developer in such a way that they can develop the code with flexibility, so they can able to create entire thing from very small sites to massive enterprise application with ease. Laravel makes you feel the development with a blissful working methodology.

Laravel has a strong base in PHP framework that allows to takes opportunities of HTML; it provides classy and clean syntax that helps to build an enjoyable app using expressive and simple syntax. At the edge, the development procedures must be a pleasant experience rather than a painful one. 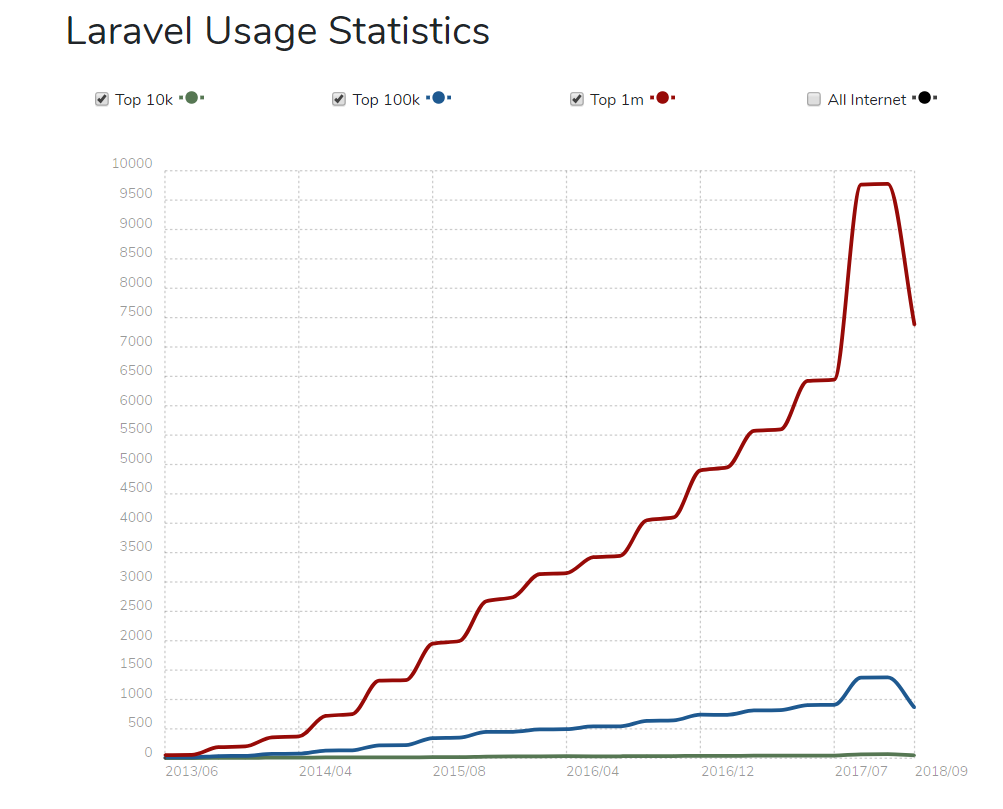 Laravel solely performs the great extent in the world of customization; it’s being used by many distinct industries for their business Growth such as: 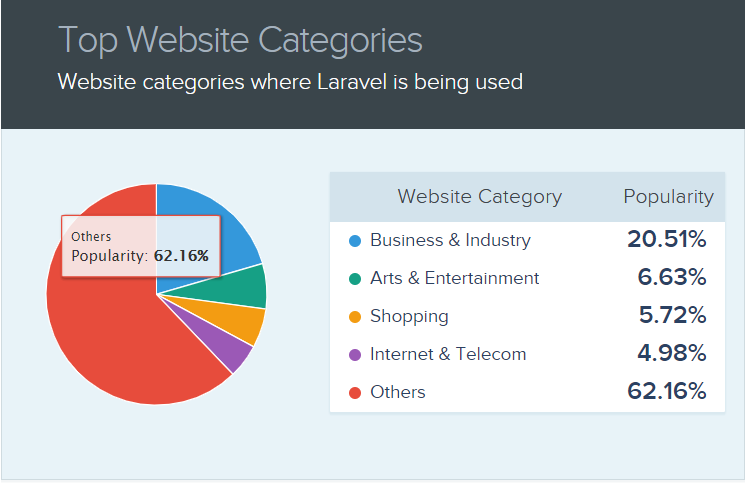 Laravel PHP framework is one of the leading in the recent tech-stack. “Taylor Otwell” is the creator of this fabulous framework, it provides a way beyond of excellence not because of its single-handed support, but due to its large online community support which allows continues responses through-out the entire web development cycle.

Let’s take a closer look of Top 10 Laravel framework Benefits that delivers an enormous pleasure for the next renewal of most popular server-side language of the web.

Identifying the authorized users and assigning the requested claimed access right is the essential thing for Web Proprietor, which helps to   deny the access permissions to unauthorized users for the secured resources. 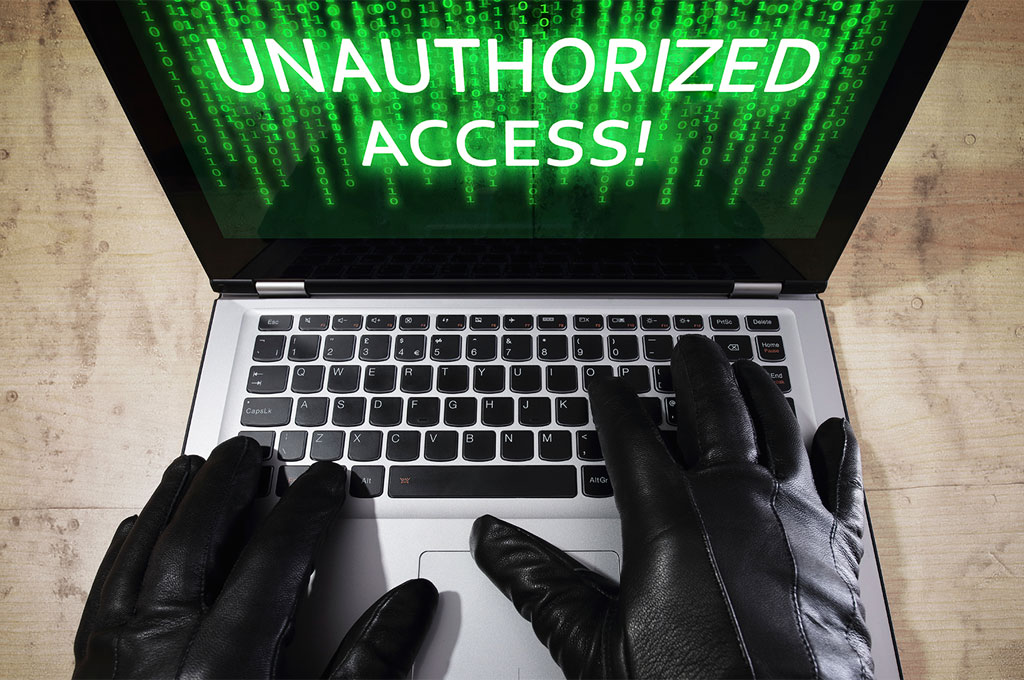 Laravel allows to makes the authentication technique simple, each and everything already configured in a fantastic way. Laravel also provides the efficient or organized route to define the authorization logic and control access to resources with simplicity.

Mailing service is required to notify users for every segment of activities performed by them or by their interpersonal actions.

It’s become hard to visualize the modern system without email integration i.e. if users successfully login to the system without receiving the email notification related to successful registration over the web portal; it became the fundamental stuff for a new user. 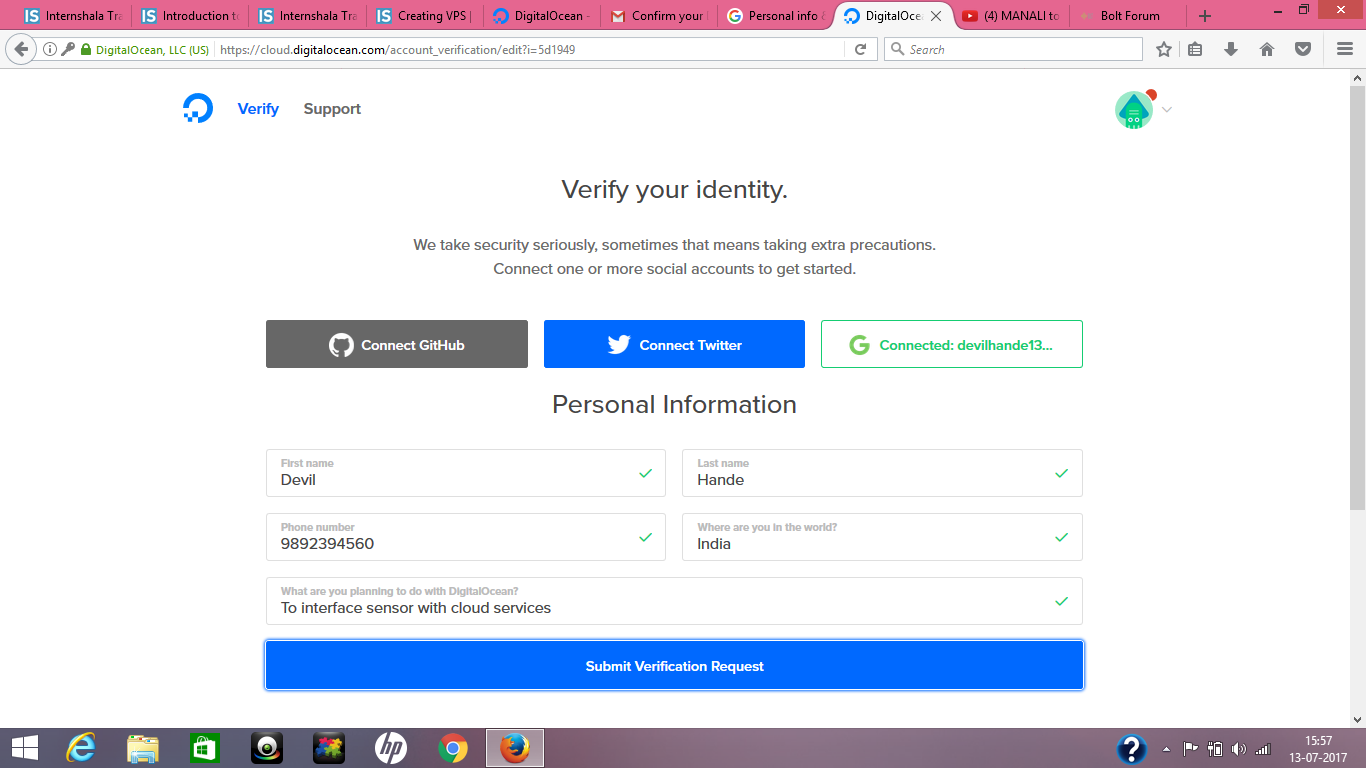 Caching used to improve the performance of any system or application; it is a portion of the memory of high-speed static RAM instead of slower or cheap Dynamic RAM.

Integration leads to improve or boost up the back-end performance ratio of any web app, Laravel provides support for Cache back-end likewise named as Redis and Memcached.

The inbuilt drivers of framework configured to use cache file which stores cached objects in the file system, although if you want to configure more cache then it would be possible in Laravel with its necessary commands or syntax line.

Exception handling plays the important role when it comes for user satisfaction and usability of the application.

Let’s assume the scenario where the user performs data-entry forms action, this is the case when most of errors are identified and after  pressing the submit button it popped-up with multiple lines of error such as “please fill the required data”, or “please fill the correct format”, or “do not enter more than 10 digits”. 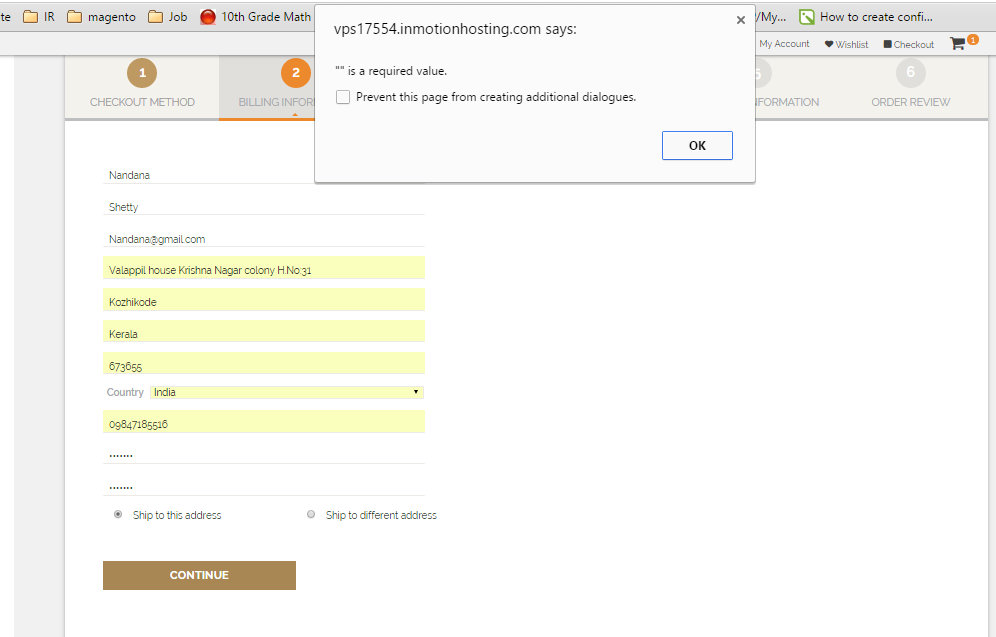 If user gets the notifications at the end of the whole action, ultimately it consumes more time than it actually needed.

When the data or information filled by user is wrong or missing, it should be reported to him/her in informative error messages that can  be easy to understand.

In the incident, where error handling is not implementing in the well-furnished way then user might decide not to come for further usage of this application. In the end, nobody wants to lose his or her valuable customer due to service unavailability or disappointing them.

Security Vulnerability is important as its performance speed with the development of any web application, some of the most suspicious  security concern like SQL Injections, cross-site request forgery, and cross-site scripting etc damage the application or system.

As professionals or developers, they must not forget to fix and debug all the technical issues before the delivery of any web project or application.

Laravel provides the privilege against the most dangerous or suspicious security threats like- SQL injection, cross-site request forgery, and  cross-site scripting. Although Laravel itself a secure framework, we can say that the code is insanely safe-guarded along with auditing by several people or community.

Automation testing is a traditional type of testing that can define the performance ratio whether the application will perform really well or without any crashes, bugs, errors.

Automation testing takes less-time compared to manual testing as the manual test will go hand in hand by each and every segment of code.

Laravel comes up with built-in testing functionalities helping you test PHP ticket system open source accurately and easily. ; supportive services for testing with the PHPUnit include the phpunit.xml file which has been already set up for the application. It offers the easiest way for basic behavior of users, that request for any application and examining the output i.e. if users click the links then fills out the form respectively.

Segregation gives privileges to HTML layout designer (UI/UX designer) for changing the appearance of a web page without any interactions with developers.

Ultimately, fixing the bugs and feature request can easily be made by developers with less time consumption, only if the application (whole coding) has the appropriate separation at a prior stage of the development. 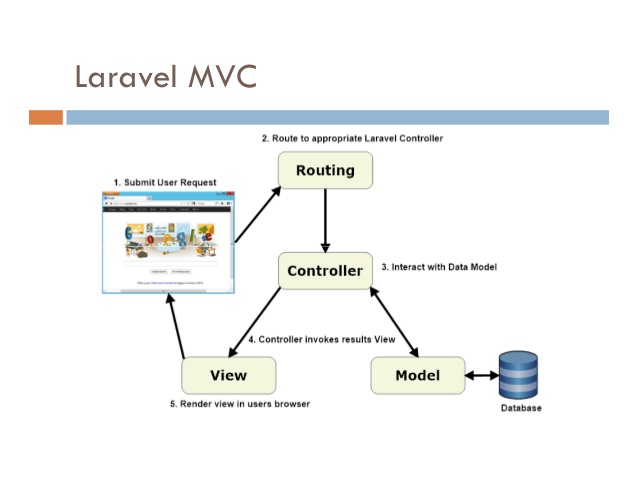 As Laravel support MVC (Model-View-Controller) thus separation of logic and expression syntax has been already done.

URL routing is an essential thing for any web application that can be executed by a simple click or typing the link. It might display the desired content such as an article, or form, or piece of description.

What if URL is blank or it will redirect to a blank page, this leave really bad impact on the user, they will never use this link or return on the web page, none of the people want to lose their customer base.

Laravel has the inbuilt file configuration that defines in the app/Http/routes.php file that is automatically loaded by the framework. Basically, Laravel route simply accepts a URL and closure, and provide a simple yet elegant method for defining easy and identifiable routes.

Schedule management is actually a process of developing, maintaining, and communicating schedules for the allocated time and resource.

When it comes to a necessity for sending out emails to subscribers on a daily basis or automatic clean up of the tables of the database at the end of the day that sooner or later result in hosting cost reduction.

Laravel has the scheduler called “command Scheduler” that allows for the eloquent and significant way for defining of command schedule within Laravel itself, only the single CRON entry is needed on the server.

Prior-time management of schedules can be done with the help of CRON entry likewise for each and every entry developers need to schedule, which is quite an achy task.

Securing nature or Security is the prime concern for any website or web portal for continues clients visit or generating more ROI.

When it comes to Laravel, it gives the portion of basic things that make your application way beyond secure. Laravel’s ORM utilizes the PDO which counteracts SQL injection and not able to violate systems firewall.

Furthermore, it prevents cross-site request forgery; its syntax consequently gets away from any HTML entities that being passed through view parameters, averts cross-site scripting, and gives privilege for utilizing the proper components of the framework.

With the comparison of multiple frameworks of PHP, Laravel comes under the list of behavior that supports object-oriented libraries.

Laravel already has the greatest file of object-oriented along with pre-introduced libraries (Likewise Authentication, Authorization, Session, and Caching) mentioned as follow:

Syncing the database between the development machines is a quite tedious yet important aspect for developers.

Developers can leverage on Laravel’s database migration mechanism, after spending long working hours on syncing the rolled out command may improve the database. Based on some of the comparisons MySQL is not only a great but fantastic method to sync databases between the development machinery.

Laravel is one of the renowned PHP frameworks features that provide vital characteristics with its large online, on-growing community support.

When it comes to developing the web application, it includes a developer’s creative logic along with handling or bug fixing methodologies.

Usually, the expert believes in consuming as little as less time for developing the new or latest features rich application that displays the modules of an entire web application.

Laravel has the capability to make or deliver the application in a timely and cost-effective way, also offers the scalable intuitive solution that full-fill all your business need. Thus, finding the newbie developer will not be a difficult task as Laravel has already put its benchmark.

Key-Points behind the popularity of LARAVEL:

How to choose a partner for Web development?

Developing the web app or mobile based solution is essential things for world-wide business growth. When you have a great business idea that can earn numerous profits in the business, as long as if you’re looking for a Tech-partner whom you can rely on or who is responsible to cultivate your proffer ideas into reality is quite a monotonous task.

Magneto-as a Laravel development company believes in providing adroit and highly customized web design solutions that surge your business ahead of competitive challenges.  We offer the list of services for Laravel as follows:

Grasp a chance to hire Laravel developers from Magneto for a robust, highly-customized and expert business solution which keeps you headway compared with your competitors. 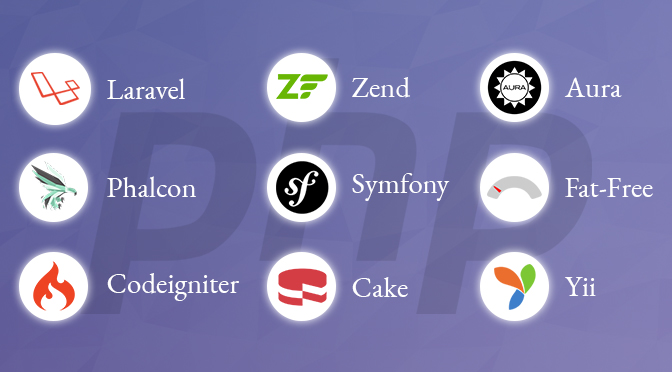 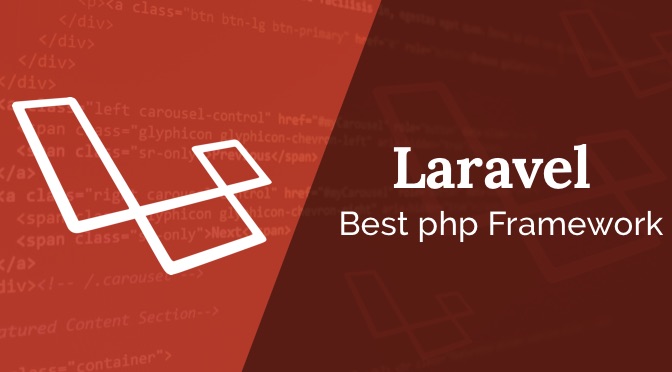