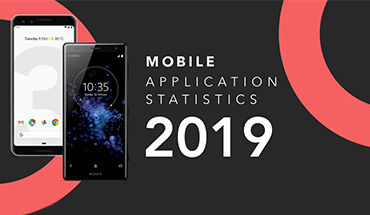 The new year is already upon us, and it is only right for us to look forward to what’s in store for the mobile app development industry.

A look at how far space has come in the last couple of years reveal that new trends and improvements would always suffice, but which ones are we banking on for the new year.

Also, How big a year will 2019 be for the mobile app development industry?

Embed this infographic on your site

Well, no one can say for sure, but a close look at mobile app download figures and statistics from the past two years give us a clue :

Which apps do people use most frequently?

Nearly 40% of smartphone owners listed social media apps as their most frequently used type of app.

How many times do people open mobile apps daily?

The largest percentage of respondents (32%) say they check mobile apps on their phone 1 to 10 times a day.

When and Why People Will Delete Your Mobile App

The top 3 mobile apps millennials can’t live without are Amazon, Gmail, and Facebook.

As human dependence on mobile devices grows, a corresponding activity that will rise exponentially is the demand for mobile apps that let users access services on the go.

Remote workers who provide food, healthcare, rideshare, fitness, beauty handyman services will seek newer ways to make it easier for potential clients to get in touch with them.

Such a situation will lead to an increase in the demand for on-demand apps which will solve the problem of service providers and their potential clients.

What do 2019 and the rest of the future hold for the on-demand app industry?

Mobile commerce which has to do with conducting a business transaction with cell phones and other mobile devices is expected to grow on a wide scale in 2019.

These states will be buoyed by the increase in the number of people who use their mobile to engage in currency trading, online banking, bill payment, and information delivery.

For the online payment industry, stats show that payments through mobile contactless methods are increasing at a CAGR of 30%, where the leading players are Google pay and Apple pay apps.

Smart watches and other connected wearables have created an altogether new technology market that will grow in 2019 and beyond.

One skill that will likely be in hot demand is the development of mobile applications that meet the need of the wearable market.

As more people begin to realize how convenient it is to move around with a wearable device than a smartphone or other gadgets, wearable apps will take on increased significance and yield more money for businesses who are already queuing in.

As per the report of Business Intelligence, the market of wearables will hike about 35% by 2019.

Among all the trends we’ve considered so far artificial intelligence is clearly out in front when it comes to an increase in potential usage.

According to Gartner, artificial intelligence will not attract more investment as compared to 2018, but its usage across platforms will increase drastically.

Within a short time, we will discover whether the massive adoption of AI tools will be as a result of mere hype or large corporations realizing that they could get more work done in limited time with the aid of AI.

If the latter happens, then the odds favor AI to gain more prominence in human lives soon. Google CEO Sundar Pichai once spoke about “an important shift from a mobile-first world to an AI-first world.”

International Data Corporation (IDC) predicts that the compound annual growth rate for global sending on AI will be 50.1%, reaching $57.6 billion by 2021.

The use of embedded software to connect more devices to the internet will continue to create a demand for mobile interfaces that make some formerly outcast devices more accessible to operate.

Additionally, in 2019 more devices will be connected over the internet to interact with each other and increase productivity for both individuals and corporations.

As the Internet of Things (IoT) gains more ground, here are some top statistical predictions we expect to come true:

The mounting base of the Internet of Things devices is also expected to grow to 31B globally by 2020. And by 2025 the number will surpass 75.4B devices.

The efficiency of AI chatbots in handling customer inquiries especially in e-commerce means that we cannot rule out more adoption in 2019.

More customer service jobs will likely be lost to this innovative communication tool while developers continue to work on making chatbots more efficient.

What would happen when a website’s chatbots engine can provide accurate assistance to 90% of customer inquiries and within a limited time?

The result will be more adoption, and top mobile app development predictions show that the best is yet to come from chatbots.

1. The most fun to use – Poncho – Poncho is a weather bot that sends out daily forecasts and alerts.

2. The most advanced AI – Mitsuku – Mitsuku is a chatterbot app created by Steve Worswick. Mitsuku can perfectly keep people company almost in the same way as they would feel with a human even though it is a bot.

3. The most useful chatbot – x.ai – Amy (x.ai) is a personal assistant that helps you schedule meetings.

Within the last year, blockchain technology is finally gaining ground, precisely a decade after it was first demonstrated with the creation of Bitcoin.

It is a distributed ledger technology which removes the need for a central trusted party to keep a record of transactions or contracts.

Daily, more use cases are discovered for blockchain technology while the number of startups entering the industry has tripled within the last year.

With 2019 now upon us, one would not be wrong to expect blockchain technology to thrive, especially as different countries are now figuring out how to regulate to new trust system.

It is increasingly likely that this year will usher in the release of fully commercialized blockchain-based products and services. There will be thousands of new blockchain apps for voting, supply chain management, advertising, on-demand service, payment processing and so on.

According to Transparency Market Research, the blockchain technology market is anticipated to hit the $20 billion mark by 2024, even though the industry didn’t exist until the last decade.

As mentioned earlier, we have already stepped foot into what promises to be another exciting year for the mobile app development industry.

It is only right to suggest that only time will tell to what extent, the next couple of months will contribute to the 2019 trends and statistics we’ve covered in this infographic.

One thought on “Mobile App Development Trends 2019 – Infographic with Statistics” 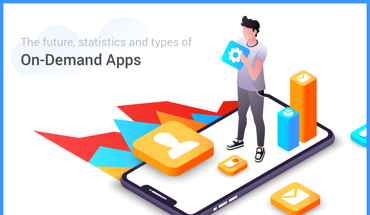 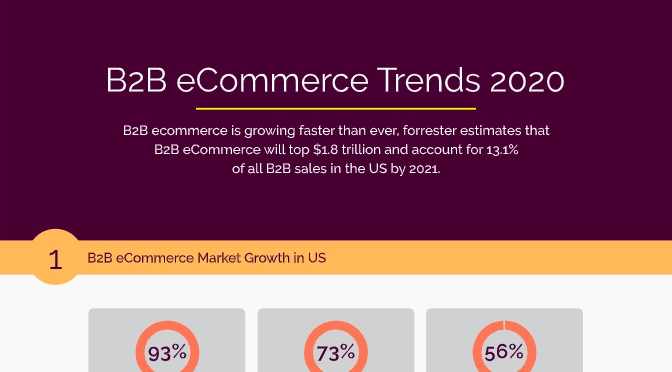